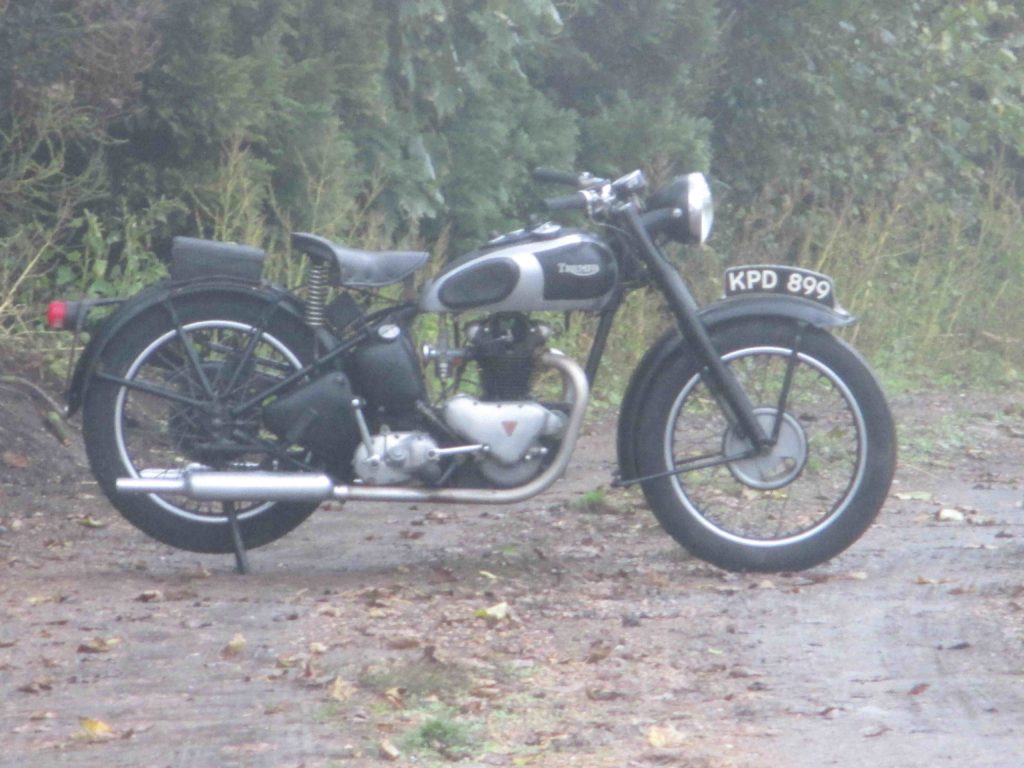 As Triumph production reverted to civilian machines immediately after the end of World War II, the company announced the new 3T, a 350cc companion to Edward Turner’s 500cc 5T Speed Twin. The 3T was similar in many respects to the Speed Twin, but also borrowed features from the TRW and 3TW military motorcycles. Basic engine design followed the 5T, but featured rocker boxes incorporated into the iron cylinder-head casting and a built-up crankshaft with one-piece connecting rods. The punchy, vertical twin developed 19bhp and was timed by Motor Cycling testers at 74mph on the top end. Ridden normally, the 3T returned fuel economy approaching 80mpg and was warmly received by economy-minded buyers. The engine possessed a measure of the low-down ‘grunt’ associated with Triumph’s larger twins and as a result was a pleasant, charismatic machine to ride. In production from 1946-51 and never built in huge numbers, a 3T is a rare sight today.