Brought up in a family running girder fork motorcycles Peter took his first rides on the pillion seat of his father Richard’s 1934 New Imperial Model 30. Later he and younger sister Lucy vied for turns on the New Imp’s inflatable passenger seat.

Aged 16 Peter bought a 10 year old Honda Express moped, secured his CBT and took to the roads riding to and from the Saturday job plus visiting family and friends. A year later the Express gave way to a Honda CG125 and he passed his motorcycle driving test on the second attempt. Suddenly the 125 Honda was too slow and along came a late secondhand Kawasaki EL250, which served on the daily commute to his job as a chef in a nearby hotel.

Buying a part rebuilt 1961 Kreidler Florett 50cc from the estate of the late Brian Woolley fired his restoration bug. The first start-up day is fondly remembered and the grey Kreidler enjoys a special place in Peter’s collection. Later scrimping and saving enabled him to acquire a handful of other machines including a sporting BSA single, the Norton 16H and a veteran Campion in varying states of dismantle, and in the case of the Norton riddled with rust.

The growing interest in older motorcycles encouraged Peter in 1999 to swap his chef’s whites for the autojumble circuit trading as Pete’s Bikes. Initially dealing in parts for any older machines and the occasional cheap project, after a few years he decided to restrict his business interests to pre 1960 machines with a focus on all pre WWII motorcycles.

In 2012 with support from his friends in Australia Peter began stocking replica parts for Pilgrim oil pumps. Again the list regularly grows, recent additions include plunger, indent and ball valve springs made to original specification in the UK. Pete’s Bikes now undertakes full mechanical and if required cosmetic rebuilds of many types of single and double Pilgrim pumps. 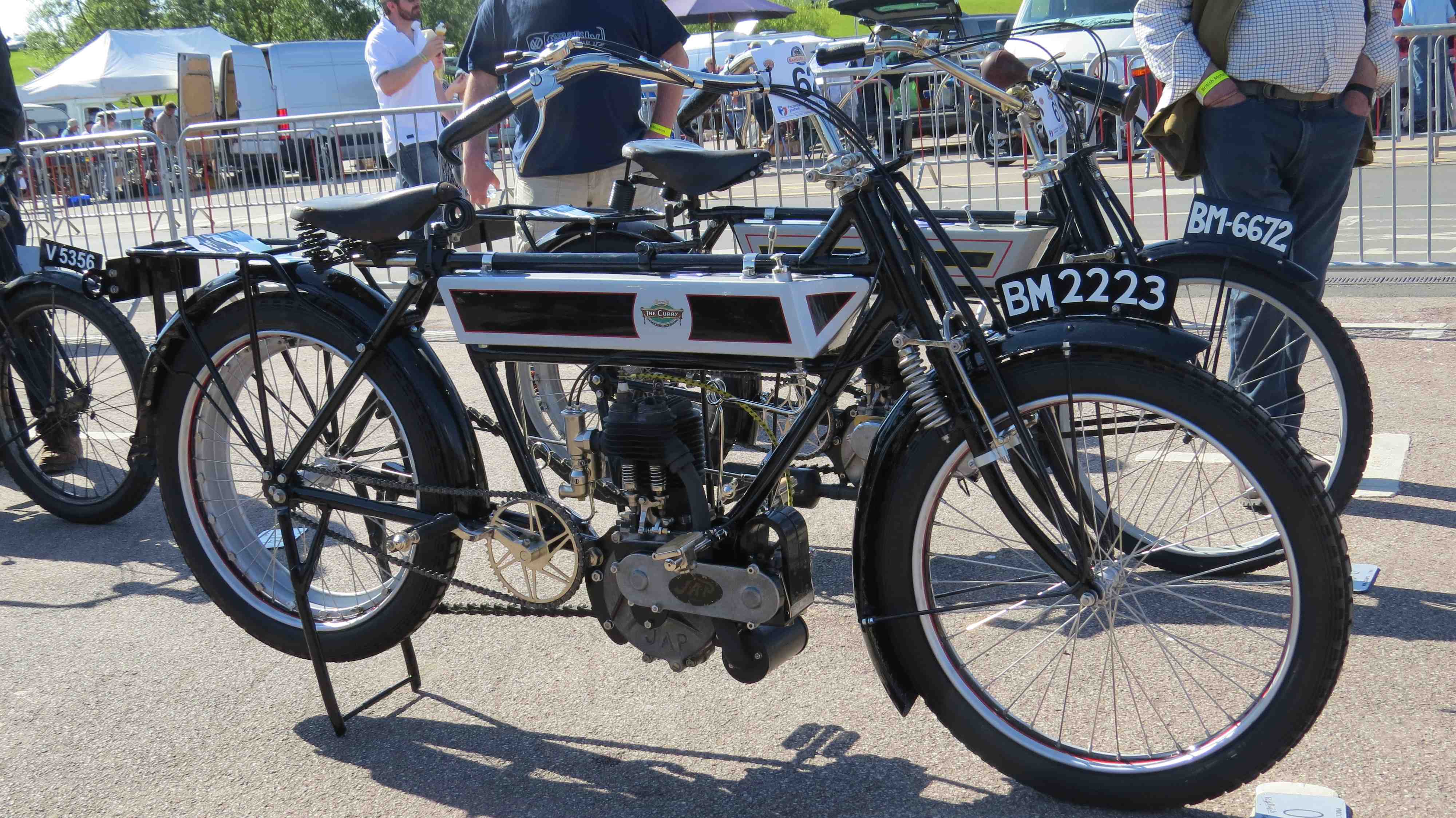 In addition to restoring over 200 Pilgrim Pumps in the past 5 years Peter has responded to requests for a new replacement of the rare Model W pump fitted to selected JAP engines with side mounted magneto.

Using the 3D photocopying process a pattern was made of the body of an original Model W pump. From this replica bodies are cast using the lost wax process. The bodies then undergo a 5 hour per pump machining process and using existing pumps parts stocked by Pete’s bikes new pumps are assembled.

Completed pumps are powered and tested in the workshop. Then each pump is fitted to a 1933 New Imperial Model 30 fitted with revised oil pump plumbing to suit the Model W pump and tested for 2 laps of a 20 mile test route. Each pump is then stripped, cleaned and re-assembled for dispatch.

Away from his business Peter is renovating a 1940s house with his fiancée Rowena and still finds time for his own motorcycles including restoring his mum’s 1912 Curry, riding his own 1929 Norton 16H and 1910 Campion-JAP – which needed just a sparking plug swap en route to complete the 2017 Banbury Run in company with dad on the Curry. Currently he’s fettling a 1911 3 1/2 Humber which spent the last 60 years dismantled and the long term BSA A10 is undergoing a full engine overhaul.

After leaving school Rowena worked variously as a care worker and in retail. For the past 2 years she’s been engaged as a qualified support worker for ladies with learning disabilities.

Peter and Rowena met in 2010 via a dating agency and soon after she began riding pillion on Peter’s BSA A10. Seeing a pretty red and cream 1958 NSU Prima scooter in Pete’s Bikes ‘for sale’ stock Rowena booked a CBT and then undertook a full motorcycling training and test program to gain a full motorcycle licence a few months later. 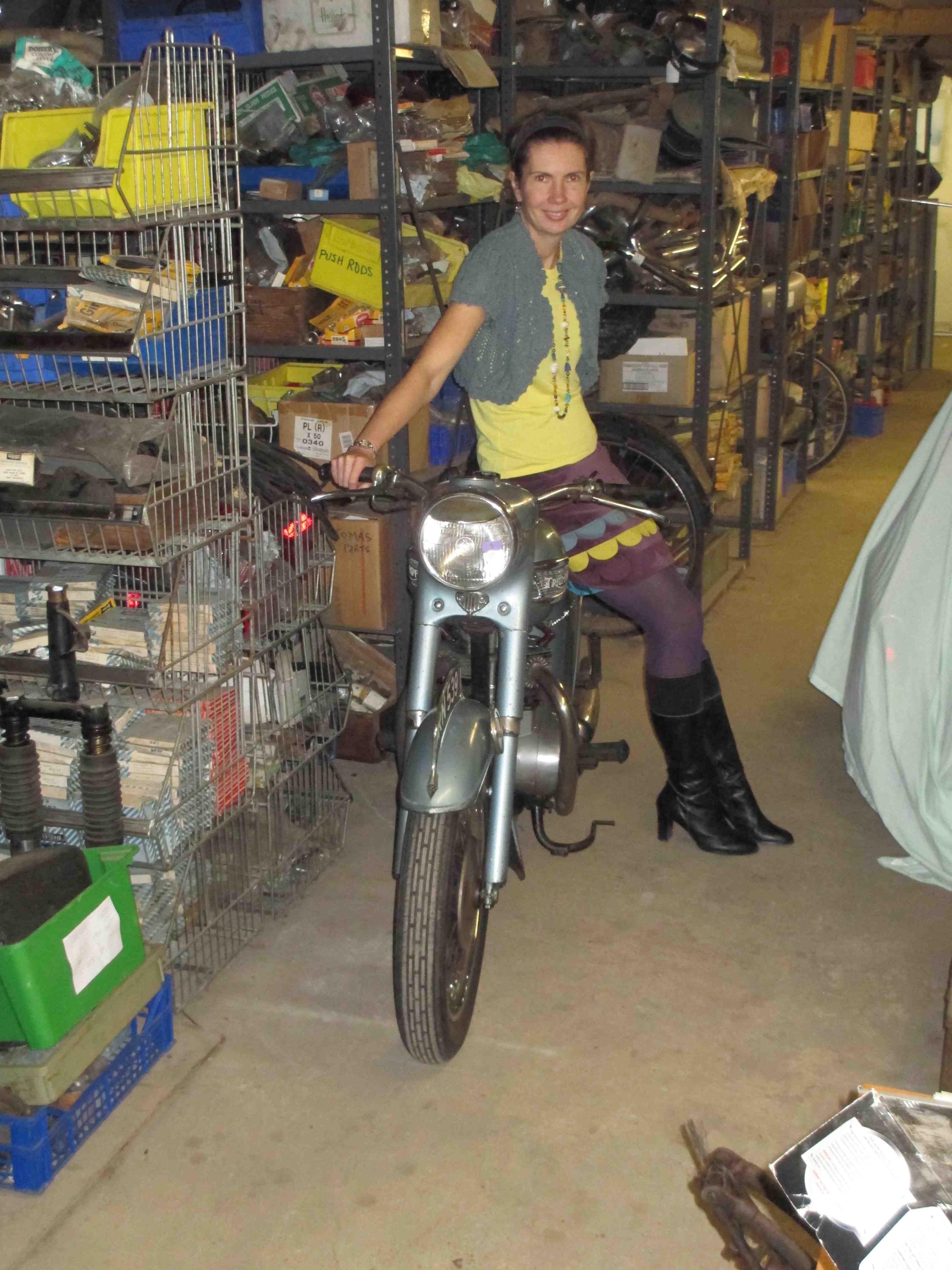 Rowena has now moved onto bigger motorcycles with the Prima moving aside for a 1960 Triumph Twenty-One and has completed both the SMCC Pioneer Run and VMCC Banbury Run riding a 1910 293cc Handy Hobart, an ex Murray’s Motorcycle Museum and Dave Bicker’s machine which Peter’s dad Richard bought from Dave about 5 years ago.

Over the past year family friend Alan Underwood has restored a 1914 348cc (2 3/4HP)  Douglas from a rough kit Peter discovered in Australia, which Rowena will ride in future SMCC and VMCC events. The Douglas has just been awarded an age related registration mark by DVLA. Rowena not only hopes to ride it in the 2018 Banbury Run but also thanks Alan for all his superb work on ‘her’ veteran.